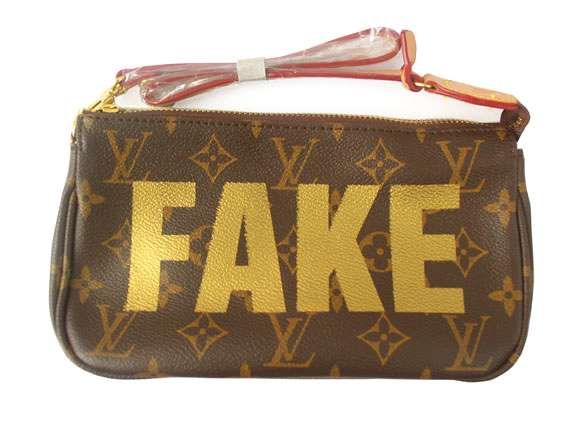 Cool Hunter — March 11, 2006 — Tech
References: mindwhatyouwear & coolhunting
Share on Facebook Share on Twitter Share on LinkedIn Share on Pinterest
If you can't stand how many people have the same Lois Vuitton Purse, or how many of them have the Fake purse, then you are going to love Fakewear. The premise is that the only thing cooler than getting a great deal on a fake prada or fendi purse, is advertising that it is fake to the world. I think I love it. I guess I'm not sure. But it's pretty cool.

On the topic of fake goods, you can get anything you want in Asia. Last year the economist featured an issue on copy-cars. Yes, that's right - cars. You may be used to seeing counterfit fashion, but the fact is that piracy is prevelant in everything, especially in China. When the head of Volvo was first asked about whether or not he was worried about the violation of intellectual privacy in China, he said he wasn't worried because cars are so complex. Five years later, there were copy cars on the market, and he changed his mind. Only this time, he said he was worried and he knew that if Vovlo complained to the Chinese government, Volvo could be kicked out of the country. However, the old Volvo factories would keep producing Volvos. Fake Volvos.

Anyway, I don't really like seeing intellectual property being ripped off, but if it's going to happen, it might as while be advertised. Then, it's cool!

The designer noted, "I first came up with the Fakewear collection idea because I realised that 'Fake' has become one of the defining keywords of the current age."
4.3
Score
Popularity
Activity
Freshness
Get Trend Hunter Dashboard