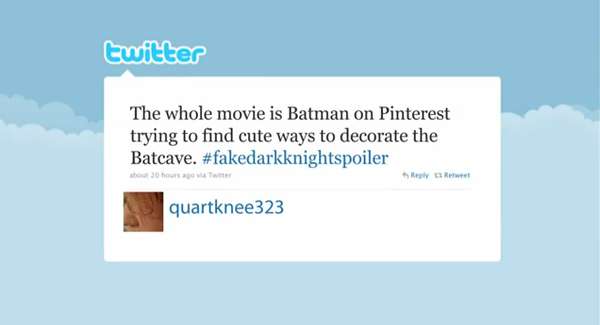 Providing an interactive way for viewers to take part in the show, these twitter-based features are a great way to engage the audience. In addition to the incredible timing of this segment, the hashtag itself did very well on the web, and became a global trending topic for a number of hours. The show that featured the hashtag feature premiered the night before the new Batman installation dropped, ensuring that this effort would get lots of love and attention on the Internet.

Making the most of this pop culture phenomenon, this is a clever move on behalf of the talk show, and will only elevate the status of Fallon.
2
Score
Popularity
Activity
Freshness