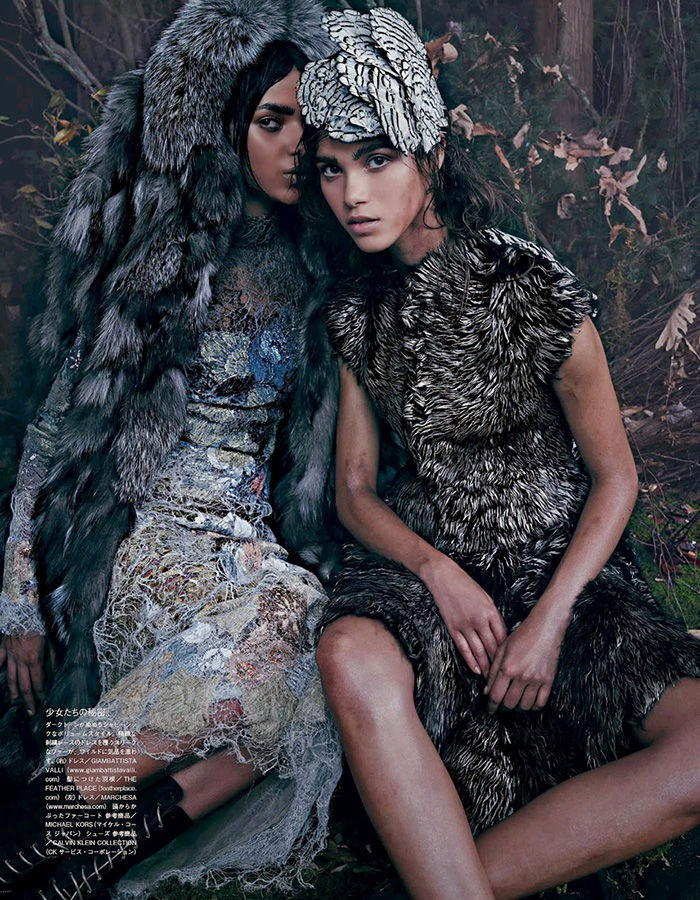 Vogue Japan Creates a Dark and Fantastical World for Fall

Meghan Young — September 2, 2014 — Fashion
References: vogue.co.jp & models
As though straight out of a Brothers Grimm story, which are filled with its fair share of fairy tale forests, the latest editorial out of Vogue Japan is dark, mysterious and gorgeously feminine. The fashion itself looks as though it belongs in another world. Perhaps it will inspire a few episodes of 'Once Upon a Time.'