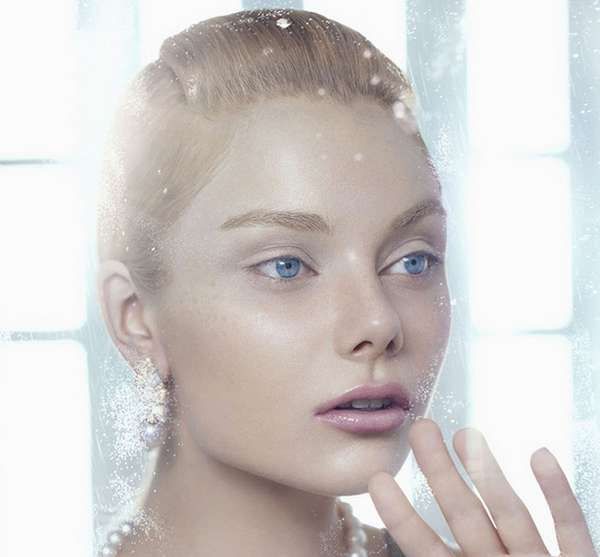 The 'Tereza' Editorial for Harper's Bazaar is Strikingly Soft and Cold

— July 8, 2013 — Fashion
References: harpersbazaar.co.id & photoshootbloger.blogspot
Share on Facebook Share on Twitter Share on LinkedIn Share on Pinterest
A new editorial for Harper's Bazaar Indonesia has just been released, photographing what appears to be an icy fairy queen, straight out of a children's storybook tale. Of course, this "fairy queen" is simply model Tereza, however, the way that Rio Prasetia, the shoot's photographer, captures her flawless skin and flowing blonde locks gives Tereza a fairy-like quality.

Tereza is mostly shown just from her chin up in this editorial, looking off into the distance with a serenely pensive expression on her face. By lighting her from an upwards angle, Prasetia was able to give her a glow that seems almost ethereal, or inhuman. She also stands against a window with streams of white light pouring through, which also serve to give her that fairy-like appearance.

This editorial is a stunning collection of photography that proves that fashion editorials can be used not only to showcase fashion ensembles, but to tell a story, and demonstrate unmatched photography prowess.
6.1
Score
Popularity
Activity
Freshness
Get Better and Faster