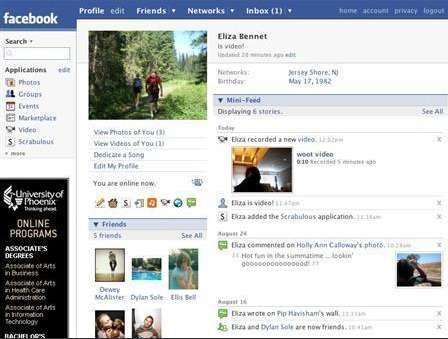 How Wunderbar! But why German and not other languages like French or Japanese? Because that would require work and cost money. Over 2,000 German language speakers offered to translate the entire site in under two weeks... for free! According to Facebook's VP of product management, the site has over a million active users in Germany... that doesn't include people like me who are fluent yet living in North America.

A Spanish version of the site was already created in a similar way in February. Facebook said there is a plan for a French version too.

"Germany does not rank among the top 10 countries for Facebook users," Reuters explained. "After the United States, Britain is No. 2 with 8 million active users and Canada is 3rd with 7 million users. Turkey is fourth, followed by Australia, France and Sweden.

"As the company releases new features, Facebook said it plans to rely on volunteers to help it translate the site into non-English languages, borrowing a strategy popularized by Wikipedia, the anyone-can-edit Web encyclopedia."

So what do you all think, should we follow in Facebook's shoes and launch Trend Hunter Deutschland?
4.8
Score
Popularity
Activity
Freshness
View Innovation Webinars