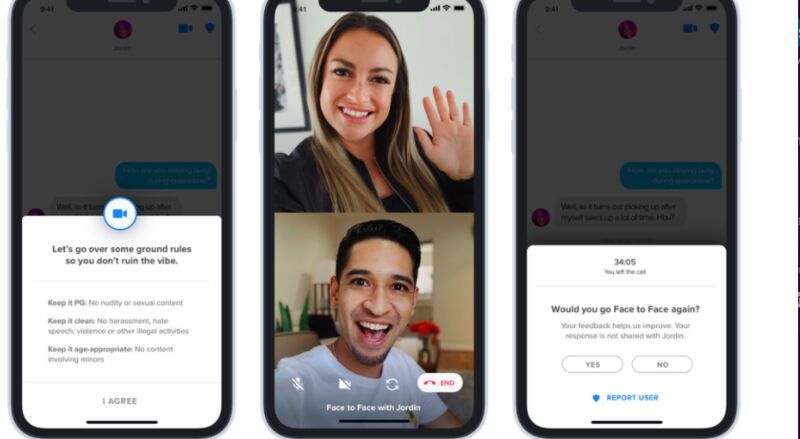 Grace Mahas — July 9, 2020 — Social Media
References: tinderpressroom & mashable
Share on Facebook Share on Twitter Share on LinkedIn Share on Pinterest
Popular dating app Tinder has followed the lead of other dating apps to allow users to have in-app video calls. Dubbed Face to Face, the new feature was rolled out in response to the summer of social distancing to allow users to easily chat and get to know one another while in the safety of their own homes.

In order to use the feature, users both most "like" one another, a standard practice for users to communicate in any fashion on the app. Additionally, you can disable it at any time. At the end of the call, Tinder is asking for feedback to improve the feature.

The new Face to Face features will be available to some members in the United States, Brazil, Australia, Spain, Italy, France, Vietnam, Indonesia, Korea, Taiwan, Thailand, Peru, and Chile.