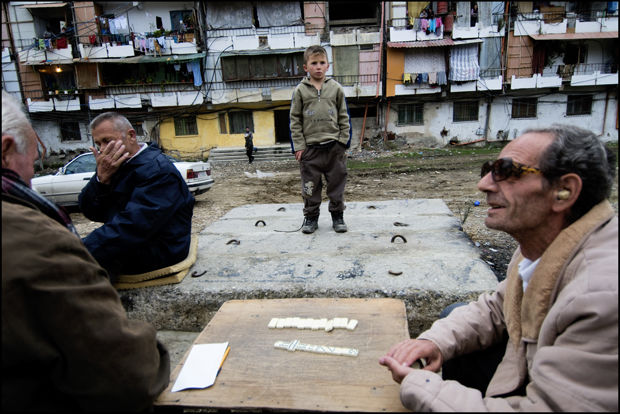 'An Eye for an Eye' Captures Families Trapped in Their Homes

Following the collapse of communism, Kanun, an Albanian code of law, has seen a reemergence in villages along northern Albania. One of the traditions of the Kanun is that feuds between families are to be settled with bloodshed, If a family has been wronged, the members are to seek out a violent end to one of the opposing families' members.

The result of these feuds, many of which began over money and property, has resulted in thousands of families living confined within the safety of their homes, too scared to leave lest their enemies take that moment to enact their revenge. According to Kanun, the home is the only safe space, upon which no vengeance can be sought.