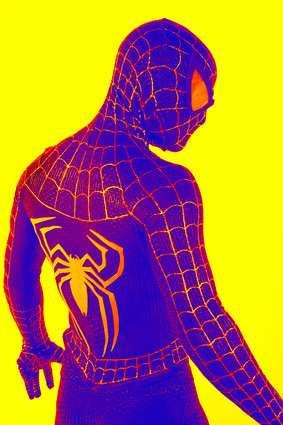 The exceptional and colorful cos (dressing up as fictional characters) festival is a big reunion attended by seriously obsessed fanatics who dress up as their favorite fictional characters within the genres of cartoons, anime, manga, science fiction, video games, toys, comic books and fantasy games.

The role-playing, or cosplay, at these festive conventions is taken to maximum expressions as the fans seek to impersonate their heroes or heroines, even if it is just for a day.

For example, the photo displayed on the 6th image is that of a fan of Darth Talon from “Star Wars Legacy." The second image portrays Midna from The Legend of Zelda: “Twilight Princess” video game. The very artistic and detailed third image in the gallery is displaying a fan dressed up as the character “Shiva” from the “Final Fantasy Tactics Advance” video game.

I can go on about the characters, but I won’t. What is undeniable is that these mostly young fans are really having the time of their lives at this particular gathering.