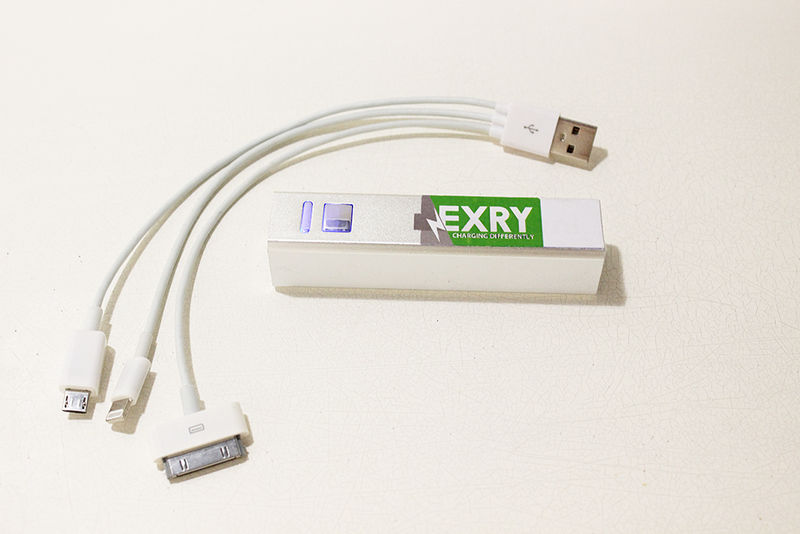 Redon Selimi — September 2, 2015 — Tech
References: igg.me & exry.co
Share on Facebook Share on Twitter Share on LinkedIn Share on Pinterest
Exry is a new start-up located in Kosovo that is aiming to take charging technology to the next level. The start-up's charging device of the same name, Exry, is a small portable charger with new features different than other power banks. What sets Exry apart is its extremely small size -- at 5 cm x 1.8 cm, it's almost the size of a lipstick. It has a 5000mAh built-in lithium-ion battery inside, which is revolutionary for such a small device. Exry also comes with a 3-in-1 cable, which supports charging for up to three devices, both iOS and Android.

If you are in a rush, Exry totally solves that. Simply plug your normal USB cable or use the 3-in-1 cable, connect it to your phone and press the button -- a device will start charging in few seconds. Exry's 3-in-1 cable doesn't support incoming sync processes, so that means that the device focuses all of its energy toward charging the devices, in parallel, at the same speed.

You can get an early Exry for $14 as a backer of the start-up's Indiegogo campaign before it will hit the market in January 2016 for the starting price of $20.
4.2
Score
Popularity
Activity
Freshness
View Innovation Webinars