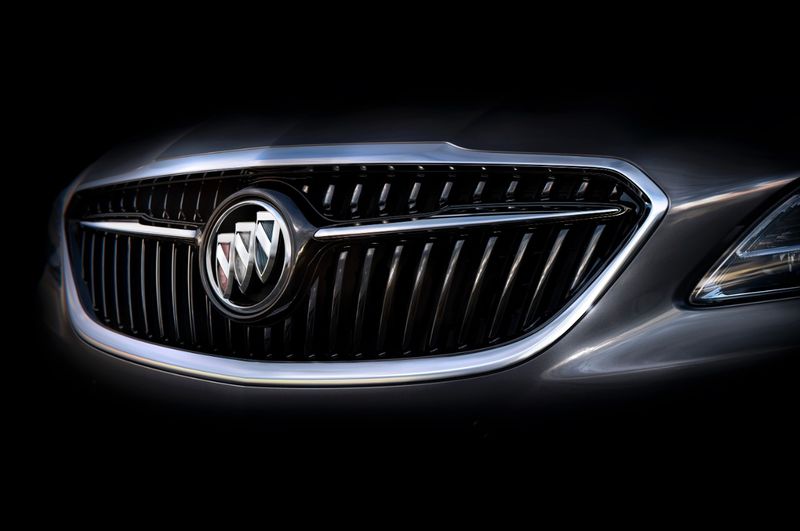 After landing at LAX, I arrived at my hotel, the JW Marriot Live. Located in the heart of Downtown LA, the hotel seemed like the center of the universe with neigbouring buildings like the Staples Centre and a distant view of the Hollywood Sign. Later that evening, the #ExperienceBuick team and I dined at LA hotspot Fig and Olive where we were treated to an exquisite menu of dishes and desserts like Fig Gargonzola Risotto, Provence Roasted Chicken and Chesnut Mousse with Amarena Cherry.

Day 2 of Buick's gathering brought together a group of writers, bloggers and auto enthusiasts who got a front row seat to the brand's exciting Los Angeles Auto Show announcement. Launching the 2017 Buick Lacrosse was not an overnight success as fellow bloggers on the trip had learned in the past few months. Unlike my peers, this was my first Buick experience while others had traveled to Indianapolis, New York and even Motor City to learn about the company's ongoing inspiration. Though I was the rookie in the group, I was greeted with open arms and had an experience of a lifetime.

Buick's brand vision has evolved a lot in the past year and its vehicles are no longer solely designed for your dad. Targeting a millennial market, the 2017 Buick LaCrosse is a successful marriage of undisputed quality and modernity. The vehicle is set to appeal to first-time car owners, millennial parents and established professionals and is a lighter and more technologically advanced version of previous models. “The new LaCrosse signals the next phase of Buick’s international momentum with its dramatic good looks,” said Mike Speranzini, brand director, Buick in Canada. “Its unique combination of quietness, comfort and connectivity sets new standards in the segment, supported by technologies not offered by competitors like Lexus.”

Some of the vehicle's most impressive features include "Wi-Fi hotspot integration, Adaptive Cruise Control and a Rear Vision Camera." In addition to these features. the model is also incredibly stylish, boasting sleek and sophisticated elements like perforated leather seating, three fashionable trim and interior apholstery choices and even ambient lighting options. Lastly, the tri-colored logo of the 2017 Buick LaCrosse is also revealed in a marketing move that connects Buick's global markets across North America, Europe and Asia.

After getting up close and personal with the brand new Buick LaCrosse at the Los Angeles Auto Show, the #ExperienceBuick team and I split up in groups to explore Los Angeles and sushi was obviously involved. Following a food coma at Sugarfish, we ended our journey at hipster hotspot Republique where we dined on a mix of gourmet and hearty favorites while toasting to new friends.

A personal exploration of Los Angeles followed my #ExperienceBuick adventure and included stops at the scenic Griffith Observatory, a day of art at The Broad and LACMA along with some of the best food and coffee I've had in my life.
6.9
Score
Popularity
Activity
Freshness
Access Advisory Services