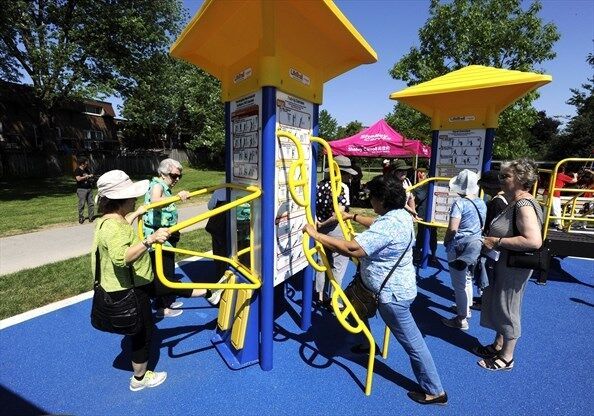 This Senior Exercise Park Was the Result of Community Engagement

Kalina Ned — July 30, 2020 — Life-Stages
References: toronto
Share on Facebook Share on Twitter Share on LinkedIn Share on Pinterest
Last year, on July 7th, the senior exercising park at Godstone Park in Toronto opened for operation. Located in the city's North York neighborhood, just east of the Peanut Plaza, the initiative was the result of a pilot project and community engagement. The City of Toronto asked residents to come up with community improvement ideas, compiled the most viable ones, and allowed individuals in the area to vote for them during a participatory budgeting process. This eventually resulted in the development of the senior-focused exercising park, hinting at a particular generational demand.

The playground is the perfect space for individuals to socialize and get moving. It also allows for the senior community to feel more included in the grander scheme of urban planning.