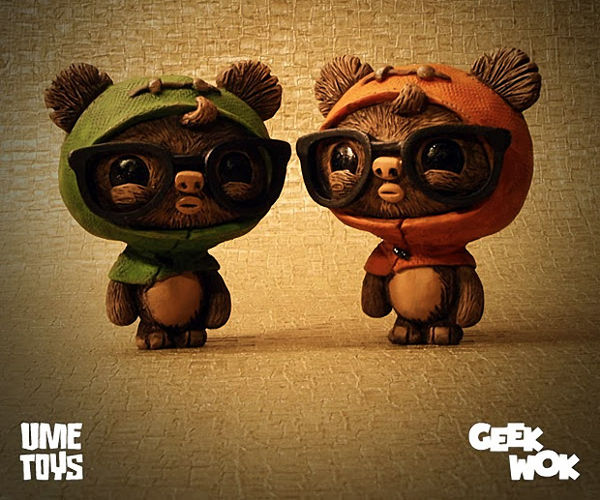 The second edition GeekWok features a green Endor hoodie (as opposed to the orange one the first generation ewok toy) and a pair of thick, oversized geek-chic glasses.

The ewok is a cute and fuzzy but violent alien from the original Star Wars franchise, most remembered for their battle against the evil Empire in the Return of the Jedi. The GeekWok is a sweet looking toy, with a small body and oversized head. The Geekwok gives a retro toy a hip, geek chic makeover for the 21st century, while letting it retaining it the cuteness that made so popular for so many years.