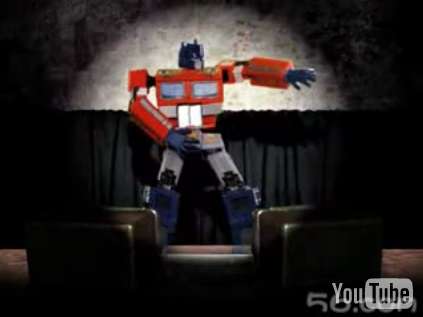 The Evolution of Dance With Optimus Prime

Ayman — March 4, 2008 — Pop Culture
References: youtube
Share on Facebook Share on Twitter Share on LinkedIn Share on Pinterest
The number one most watched comedy viral video on YouTube, The Evolution of Dance, has just been spoofed/covered by none other than Optimus Prime. A new viral of the infamous Autobot has been released in which Optimus goes through the Evolution of Dance moves. The original has 76+ million views. We'll see if Optimus has the right moves to conquer Judson Laipply! In the unlikely case that you have not watched the original video, make sure to watch it here then watch the above video. Super geeky, super funny!