Naked Celebs For A Cause 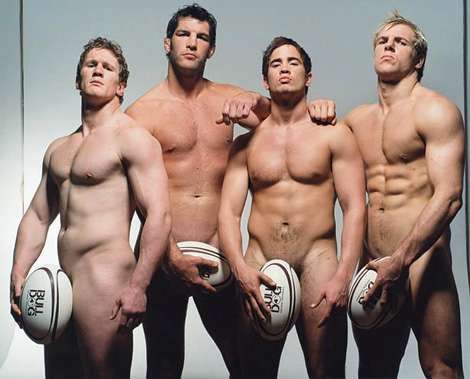 mediterranean — May 9, 2008 — Social Good
References: everyman-campaign.org & thesun
Share on Facebook Share on Twitter Share on LinkedIn Share on Pinterest
In our sex-obsessed world, it’s always good to see skin used to raise awareness of important issues and causes for a change. Following the recent Amy Winehouse breast cancer campaign, the upcoming Cosmopolitan magazine’s Naked Centrefolds Special features a host of sports and TV celebrities in the buff in a bid to raise awareness of the male cancer Everyman Campaign.

English rugby player Danny Cipriani along with his teammates, and actor Mitch Hewer who played Maxxie in the hit UK show Skins, all reveal their skin in the charity photoshoot.

In addition to the photo spread, Cosmopolitan is raising further funds for the charity by auctioning items donated by past and present centrefolds such as a rugby ball signed by the London Wasps. You can start bidding here after May 15.

Check out more recent campaigns with celebrities shedding all for a cause.
6.9
Score
Popularity
Activity
Freshness
View Innovation Webinars