3-in-1 Backpacks
Next
Set of
Related
Ideas 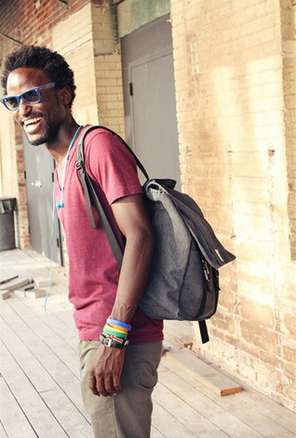 Every ESPEROS Backpack Sold Helps Put a Child Through School

Sarah Moore — July 20, 2012 — Social Good
References: indiegogo & esperosbags
The ESPEROS slogan ‘Carry Hope,’ as well as the company name itself which is derived from the Spanish verb esperar (meaning ‘to hope’) succinctly encapsules their mandate and their optimistic outlook for the future.

Founded by Oliver Shuttlesworth, the company believes that there is little else that inspires more hope for an auspicious future than a meaningful education, and it is devoted to providing children in developing and poverty-stricken countries the ability to learn.

ESPEROS has also recently partnered with the non-profit Fonkoze and the two are collectively working to help children of the Chemen Lavi Miyò (Pathway to a Better Life) initiative.

Dog-Holding Backpacks
The Clifford Canine Carrier is Safe for Biking