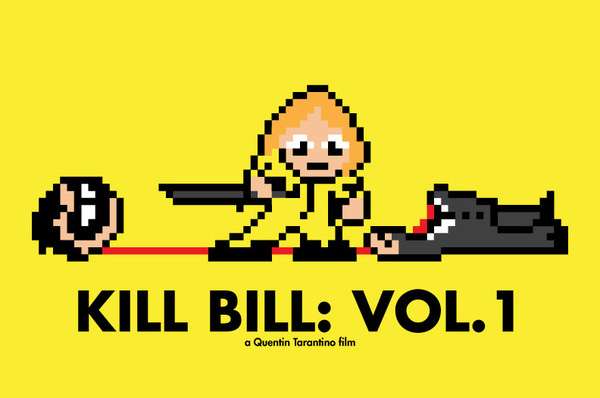 Jason Soy — March 30, 2012 — Pop Culture
References: behance.net & juxtapoz
Geeks everywhere will be rejoicing over these Eric Palmer film posters as they combine two beloved things of pop culture, movies and video games, into creations that are the epitome of awesome. These quirky cinematic promos are no doubt the closest people will ever get to seeing Beatrix Kiddo from Kill Bill or V from V for Vendetta on a Nintendo Entertainment System as Palmer has taken the 8-bit aesthetic and applied it to some of movies’ most notorious characters. Other films featured in this collection include The Dark Knight, 300, Jurassic Park, Titanic and Harry Potter and the Goblet of Fire.

Eric Palmer is a Denver-based Graphic Designer and Print Production Manager. His hilarious personality is exuded in every project he undertakes. Check out the rest of his portfolio for some good laughs and impressive design work.