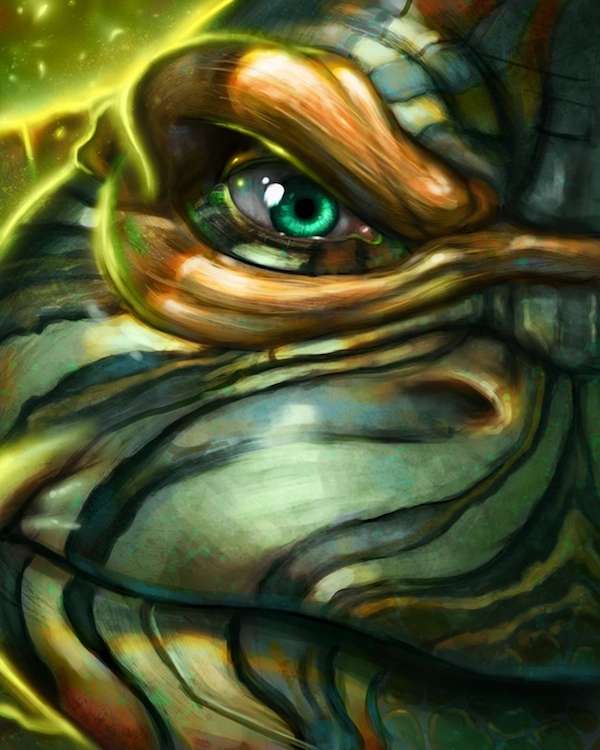 Eric Braddock Paints the Ninja Turtles with an Ethereal Glow

Jason Soy — January 28, 2012 — Pop Culture
References: ericbraddock.deviantart & all-about-villains.tumblr
There are nearly an infinite amount of artistic interpretations of the Teenage Mutant Ninja Turtles, but these Eric Braddock paintings really capture Raphael, Donatello, Leonardo and Michelangelo in a new light. Rendered in a realistic manner, each one of the vigilante reptiles have battle scars, scales, and other imperfections you would expect see on warriors fighting crime on a nightly basis.

Where Eric Braddock’s illustrations differ from most other artists’ renderings, however, is in his signature trait of making his subjects glow. Every one of the turtles emanates an aesthetically pleasing light that makes each picture look that much more epic than they already are.

Included in this series of pictures is Krang, beloved villain of the Ninja Turtles franchise which fans have been begging to see on the silver screen, but to no avail.
5
Score
Popularity
Activity
Freshness