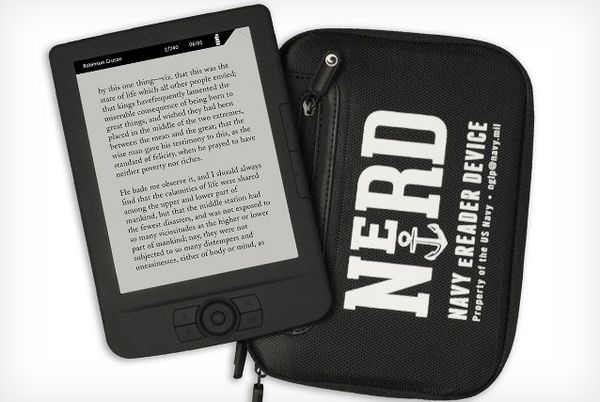 The Navy eReader Device Will Not Betray Important Information

Alyson Wyers — May 7, 2014 — Tech
References: theverge
Share on Facebook Share on Twitter Share on LinkedIn Share on Pinterest
Tablets, iPads, Kindles and other eReader devices are not allowed in Navy submarines because they pose too much of a threat. Between cameras and cell signals, they could betray extremely sensitive information. However, the Navy eReader Device is about to change how information is displayed underwater.

From the US Navy's General Library Program,the NeRD is an electronic ink tablet similar to a Kindle, but without any internet connecting abilities, removable storage or ways to add or delete content. While many would consider this a limited gadget in terms of technology, the NeRD is a way of perfecting it for its intended user.

The Navy plans on making 365 of the eReader devices to begin with, each of which can hold up to 300 titles.
4.4
Score
Popularity
Activity
Freshness
Get Trend Hunter Dashboard