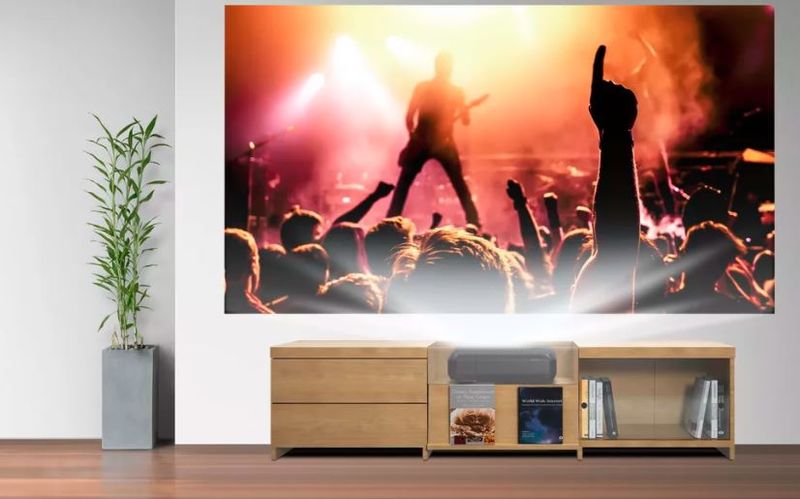 Joey Haar — December 4, 2017 — Tech
References: epson.eu & cnet
Share on Facebook Share on Twitter Share on LinkedIn Share on Pinterest
The Epson LS100 is a new projector that offers clear benefits over the traditional flat panel television display. As opposed to the set dimensions inherent in a television, the LS100's display is variable, and it can extend up to 130 inches — nearly 11 feet diagonally — while still offering pristine Full HD.

Not only is the Epson LS100 a far more affordable option when compared to flat panel monitors of a similar size, but it's also far more convenient than the standard projector. It's an ultra-short-throw, or UST, projector, meaning that it can cast an even and gigantic display on a wall while being placed only inches away from it. That placement allows consumers to freely walk through the room without worrying about casting shadows that obscure the image on screen.
6.2
Score
Popularity
Activity
Freshness
Attend Future Festival Virtual