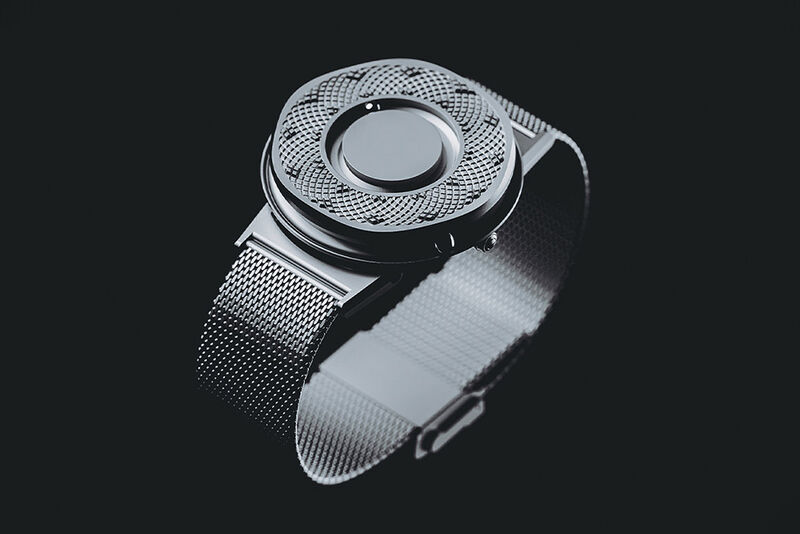 Niko Pajkovic — September 2, 2021 — Fashion
References: eone-time & hiconsumption
Share on Facebook Share on Twitter Share on LinkedIn Share on Pinterest
When American watchmaker Eone first opened, the company was on a mission to create a versatile watch for blind people, a timepiece they could use and read solely through touch. Unexpectedly, the watch became a high-fashion staple due to its innovative and unusual design.

Now, the company has announced the release of its latest addition to their tactile watch collection, 'The Switch.' The new watch resembles an upgraded version of the brand's flagship 'Bradley' timepiece, introducing an interchangeable dial system that lets users swap out the 3D ring on the unit. In addition, users can change the switchable rings to suit the wearer's mood, as each presents a unique look and feel.

Powered by Ronda quartz movement and boasting a robust steel mesh bracelet, these watches are as powerful and hardy as they come. Eone's 'The Switch' will be available this October in three colors: rose gold, silver, and black.