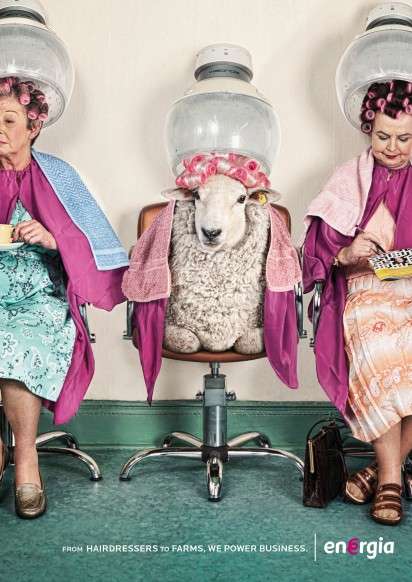 The Energia Campaign Promotes the Company's Involvement in the Biz

Meghan Young — August 30, 2012 — Marketing
References: boysandgirlsagency.wordpress & ibelieveinadv
The Energia Campaign is a series of clever print ads that promote the company's involvement in powering many different types of businesses. While a couple of the posters may be hard to decipher at first, it almost becomes a game to figure out what in the image doesn't belong. For instance, the Energia Campaign that reads, "From vets to department stores, we power business," the dog is not wearing a typical cone, but a lampshade.

Conceived and executed by Boys and Girls, an ad agency based in Dublin, Ireland, the Energia Campaign really shows the reach this company has. Art directed by Mary Doran with creative direction by Rory Hamilton and copy writing by Anne Fleming, the Energia Campaign was photographed and retouched by Adrian Stewart.
3.1
Score
Popularity
Activity
Freshness