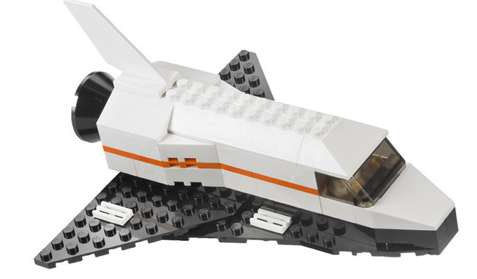 Space Shuttle Endeavour's LEGO Set is Out of this World

Olivia Gissing — May 18, 2011 — Life-Stages
References: gizmodo
I always knew LEGO was out-of-this-world cool, but now it literally is!

The space shuttle Endeavour's LEGO set is the first one to ever leave Earth's atmosphere! The shuttle, which launched for its last journey yesterday, contained the collection of building blocks shown in the photos. The set was specially designed for the exciting expedition and contains various space vehicles, astronauts and tools.

Endeavour's LEGO set isn't undergoing the lunar launch for laughs -- astronaut Cady Coleman has big plans for the playful pieces. She hopes to record video footage of herself building with the blocks in her zero-gravity environment to show children how the blocks behave in space. This footage will be accessible to teachers to use as learning aids in the classroom.

Endeavour's LEGO set is definitely out of this world!
2.1
Score
Popularity
Activity
Freshness