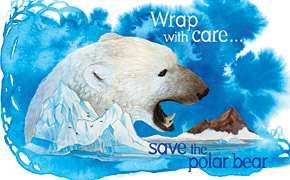 Katie Cordrey — February 13, 2010 — Eco
References: endangeredspeciescondoms & huffingtonpost
Share on Facebook Share on Twitter Share on LinkedIn Share on Pinterest
The Arizona-based Center for Biological Diversity in Tucson is encouraging people to sign up to win a lifetime supply of free Endangered Species Condoms. According to their site, to call attention to the effect of human overpopulation on endangered species, the group also plans to distribute 100,000 free condoms across the U.S. starting tomorrow, Valentine’s Day.

Each condom package will include two condoms, original artwork, facts about overpopulation, and endangered species information. The condoms will be handed out at concerts, bars, universities, spiritual groups, local events, and farmer’s markets by just about anyone who wants to be involved.
3.1
Score
Popularity
Activity
Freshness
Get Better and Faster

Custom Condoms
Your Image on a Personalized Prophylactic