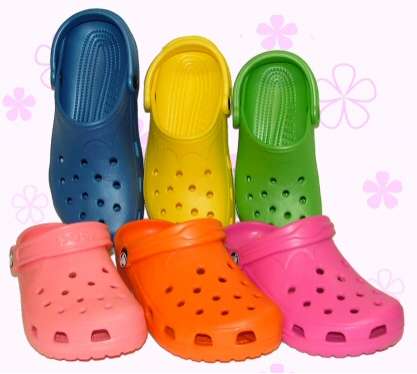 12 Brands The Recession Put In Trouble, From Crocs to United Airlines

24/7 Wall St. listed ‘Twelve Major Brands That Will Disappear’ after a study of 100 endangered big brands:

1. Avis/Budget rental cars, due to the threat of their competitor, Hertz car rentals, as well as the overall downfall of the travel industry.

2. Borders book stores are lagging behind US book giant Barnes & Noble. It doesn’t help that online book retailers like Amazon are so successful, nor are they able to satisfy customer demand for increasingly popular e-books.

3. Crocs boomed in popularity as “the fastest growing footwear in America”, but their shares, which were trading at $72 in 2007, are down down to a measly $2.

4. Saturn isn’t expected to make it past next year now that GM is facing bankruptcy. “GM can’t afford to support a brand with poor sales that are falling at such a rapid pace.”

5. Esquire Magazine, a Hearst publication, is being threatened, but it’s going down in good company as some of the world’s top print magazines and newspapers fold. Mega brands like Cosmo and Good Housekeeping may follow.

6. Gap , Old Navy and Banana Republic may, all a part of the Gap company, are hurting, so you better run to the racks and stock up quick—or brace yourselves for some major sales. The weakest link of the three is Old Navy, so it will probably be first to go.

7. Architectural Digest Magazine, a Conde Nast publication, is another reflection of the ailing print industry due to faltering ad revenues. “Architectural Digest is operating in an environment where high-end home sales and expensive redecorating have been driven out of the market,” 247 Wall St points out.

8. Chrysler , the weakest brand of Chrysler LLC, is also facing bankruptcy like GM, whereas Dodge and Jeep are still doing alright (for now).

9. Eddie Bauer has seen their stock plummet from $8 last year to just $.38 now. While their products are nice, they don’t stand out against their competition in an economy where people don’t want to spend on outdoor adventures.

10. Palm “has been at death’s door for some time,” 247 says, adding that they do have a glimmer of hope if the new Palm Pre smart phone takes off.

11. AIG “may be the only large company in America that both the management and federal government want torn apart,” 247 says. The former number one insurance company has turned into a “toxic” brand, and its many smaller companies that don’t have AIG in their names are trying to become independent.

12. The air travel industry is one of the hardest hit because the credit crunch is forcing people to cut back severely on travel. 246 says United Airlines, AMR or US Air will have to merge to avoid bankruptcy.
4
Score
Popularity
Activity
Freshness
Attend Future Festival Virtual

Recession-Fueled Entrepreneurs
Former Microsoft Employees Head Out On Their Own