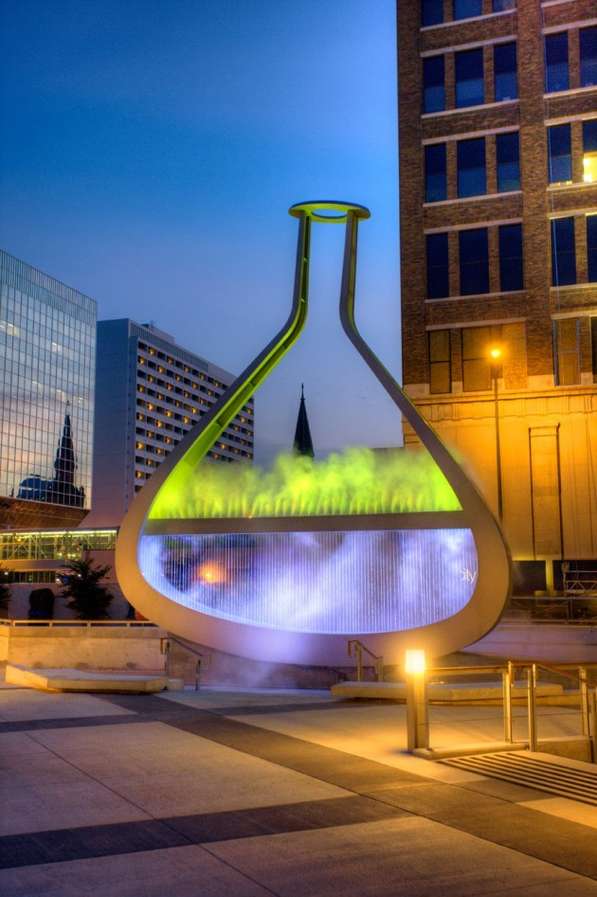 Emptyful by Bill Pechet is Both Powerful and Poetic

Meghan Young — October 8, 2012 — Art & Design
References: pechetstudio & contemporist
Share on Facebook Share on Twitter Share on LinkedIn Share on Pinterest
Emptyful by Bill Pechet, an artist and professor based in Vancouver, British Columbia, is a large outdoor sculpture that has been shaped like a flask often found in science labs. As its name suggests, it relies on the common expression revolving around the question, "Is the glass half empty or half full?" Powerful and poetic, it will force people to reflect on how they view the world. Considering that it was erected around Canadian Thanksgiving in Canada, it is only appropriate that it would encourage people to be more positive.

Created in collaboration with lighting co-designer Chris Pekar of Lightworks and Lumenpulse, Emptyful by Bill Pechet is specifically located in the Millennium Library Plaza in Winnipeg, Canada. It rises an impressive 35 feet into the sky and spans 31 feet wide.
3
Score
Popularity
Activity
Freshness
View Innovation Webinars