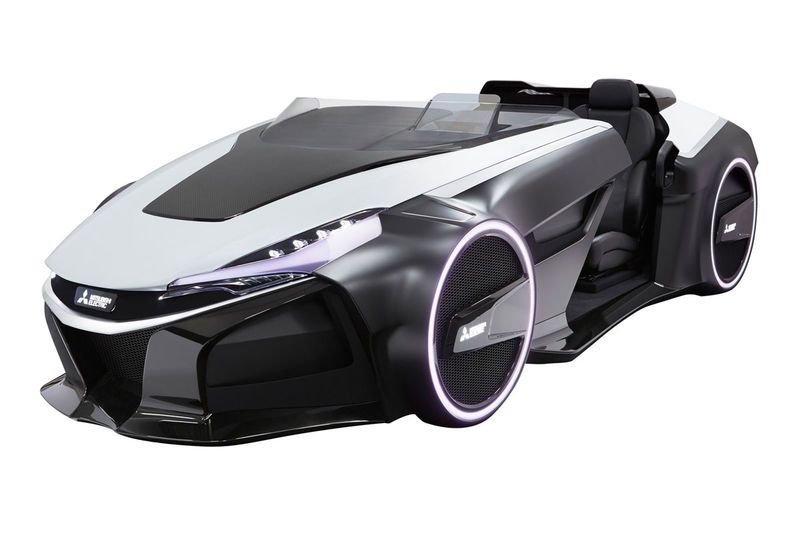 Rahul Kalvapalle — October 10, 2015 — Autos
References: mitsubishielectric & engadget
Share on Facebook Share on Twitter Share on LinkedIn Share on Pinterest
The Emirai 3 xDAS is a ridiculously futuristic and impressive electric vehicle concept, brought to you by Japanese automaker giant Mitsubishi, that looks like it belongs in a science-fiction movie rather than the real world. The vehicle is the newer and improved version of a concept vehicle that was originally put out by Mitsubishi four years ago.

This car adopts a roadster style design, and is equipped with a whole number of high-tech features. For example, it is equipped with a pair of massive, optical-bonding LCD panels that help to improve visibility. Drivers are given the ability to select the visual layout. The system is also capable of detecting your hand movements, allowing you to play with the infotainment system without ever having to look down.

The Emirai 3xDAS is an audacious vehicle design. This car looks way too awesome and futuristic for 2015, but it's the kind of concept vehicle that can spur design and engineering ideas that can come to fruition in the future.