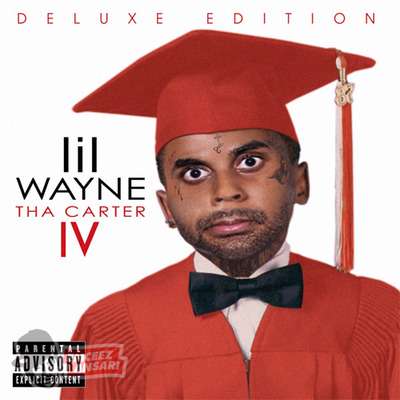 The name choice for this blog is a hybrid wordplay on the comedian Aziz Ansari's name with the word 'MC.' As a well known hip-hop aficionado, Ansari is no stranger to meme parodies on urban culture. Along with his appearance in a Watch The Throne 'Otis' video, he also popularized his own brand of Watch the Throne Comics.

These new Tumblr images are fusing hip-hop with the famed comedian's rap notoriety, as Aziz Ansari's face is superimposed onto the iconic imagery of popular rap albums. Ansari versions of A$AP Rocky's 'Live, Love, A$AP,' 50 Cent's 'Get Rich of Die Tryin' and even the 'Pink Friday: Reloaded' album by Nicki Minaj are hilarious.

The hybrid imagery is witty banter on the absolute popularity of both comedy and hip-hop culture.
3
Score
Popularity
Activity
Freshness
Get Better and Faster