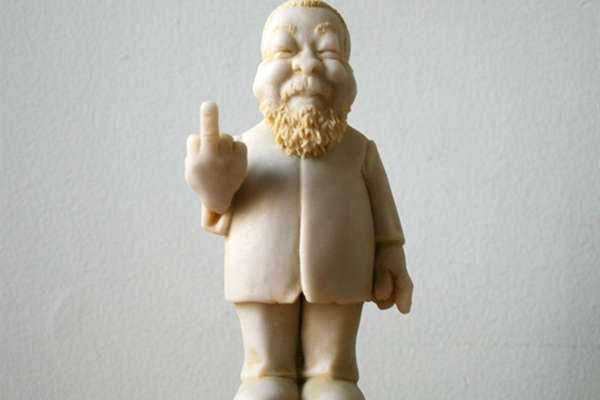 Elliot Arkin Makes a Political Statement With his Profane Statue

Though the hand gesture alludes to one specific vulgar expression, the connotation behind it has a much deeper political reference than simply trying to be offensive. The statue pays homage to Mr.Weiwei's political activism and ongoing support for human rights and democracy. Most recently, this was showcased in Weiwei's series where he took pictures showing himself giving the middle finger to monuments such as the White House and Tiananmen Square. The piece entitled '#1/1,000,000,000,'represents the population of China. In true Weiwei fashion, a portion of the proceeds of this statue will be given to Amnesty International.