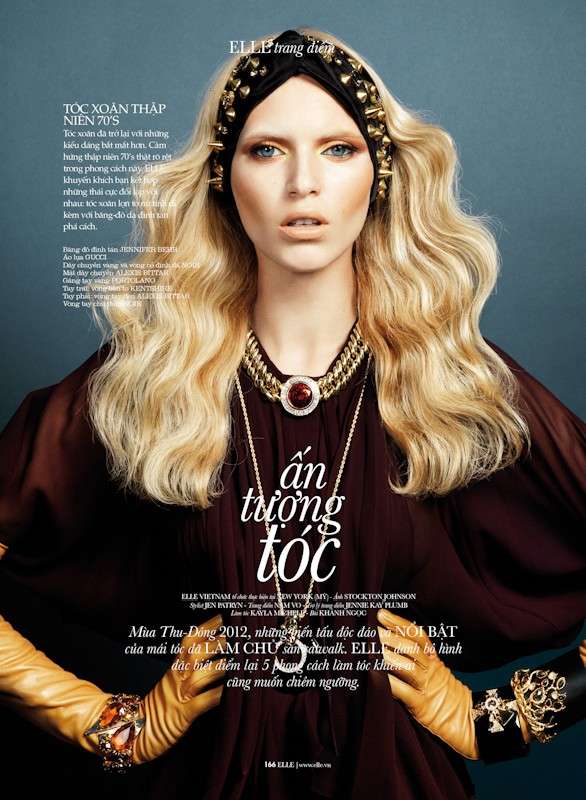 Meghan Young — October 29, 2012 — Fashion
References: elle.vn & fashiongonerogue
The Elle Vietnam November 2012 editorial focuses on beauty looks. In particular, it concentrates on a variety of hairstyles that would be perfect for the holiday season.

Starring model Valeria Dmitrienko, the Elle Vietnam November 2012 editorial was shot by Stockton Johnson, a photographer based in Shanghai and New York City. Glamorous with a slight edge, each look would be perfect for a party. From lush loose waves to teased beehives and windswept chignons, the looks are all finished with hair adornments such as spiked headbands and jewelled clips. The Ukrainian beauty's locks was styled by hair guru Kayla Michele. They were complemented with bronze eyeshadow and blush by makeup artist Nam Vo, which gave her enough of a glow while letting her hair to shine.
6.2
Score
Popularity
Activity
Freshness