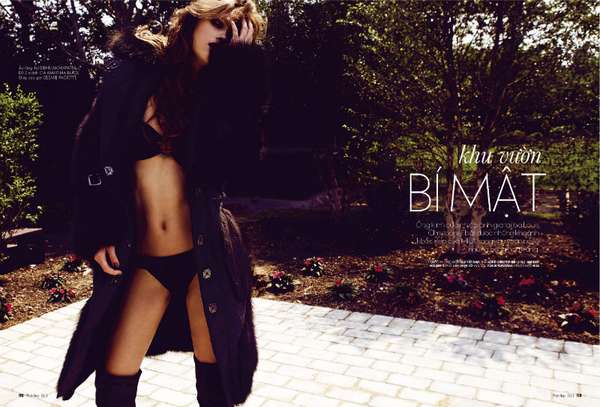 For this shoot, Mila Krasnoivarova is decked out in top designers like Michael Kors, Fendi, and Giambattista Valli. Her make up is dark autumn, and her attitude is upscale aloof. She manages to be elegant, alluring, and disdainful in one fell swoop, each shot exuding the sort of extravagant aura associated with such carefree living.

The ELLE Vietnam August 2011 editorial is on newsstands now.

Implications - One of the best ways a company can increase the effectiveness of its marketing towards luxury buyers is by investing in an ad that features many non-verbal markers of wealth (golf courses, country clubs, infinity pools). By making an allusion to wealth without overtly trumpeting it, the company shows it is subtle and understated -- two of the most important parts of appealing to quality, high-end clients.
6.8
Score
Popularity
Activity
Freshness
Get the 2021 Trend Report FREE