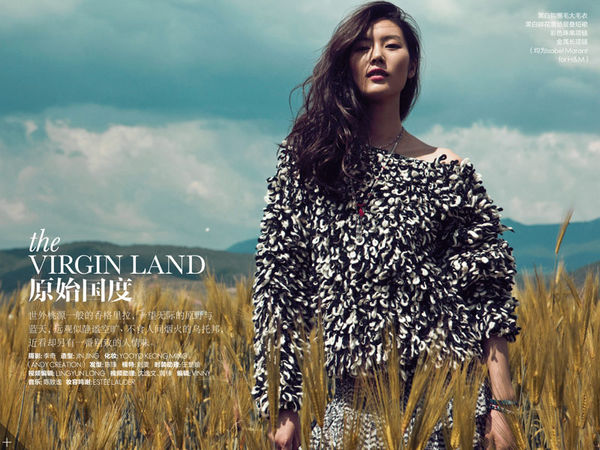 Meghan Young — November 27, 2013 — Fashion
References: ellechina & fashiongonerogue
Share on Facebook Share on Twitter Share on LinkedIn Share on Pinterest
Model Liu Wen, who was named on this year’s Highest Paid Models list by Forbes, instantly brings an exoticness to the ELLE China December 2013 cover shoot. Captured in a rustic countryside setting, her stunning beauty coupled with an elegant wardrobe stands out strikingly. Yet it all works together to create looks that are at once approachable and elusive.