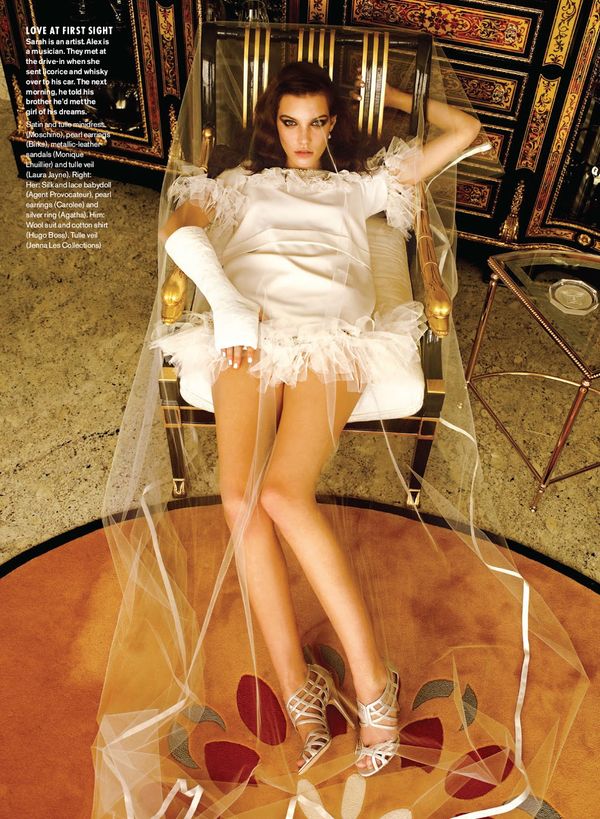 Elle Canada Shoots Injured Couples in Its May 2014 Issue

A mix of old-school glamour and haute couture, 'The Accidental Couple' photo shoot is a humorous take on the conventional wedding couple photos. Both the male and female model have casts on, as a symbol of their accidental meeting. As the female model gracefully lounges in a hotel room in beige and white lace, feathered and silk couture gowns, her husband rocks structured black suits. Despite having injuries, the couple poses boldly as a power house couple. Together, the pair look like they could take over the world with their “accidental” love.