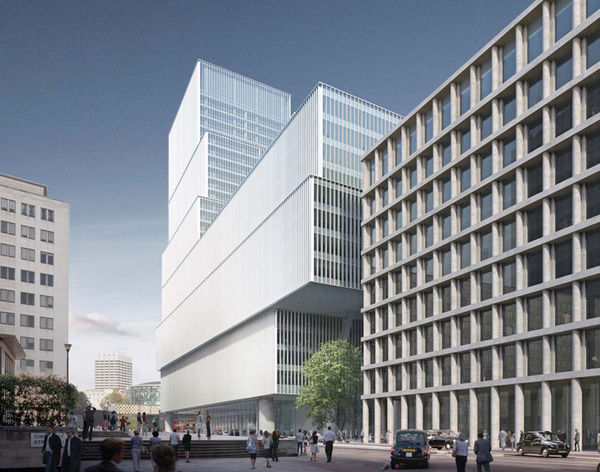 The Elizabeth House by David Chipperfield Architects is Bold

Jamie Danielle Munro — March 25, 2014 — Art & Design
References: elizabethhousewaterloo & designboom
Share on Facebook Share on Twitter Share on LinkedIn Share on Pinterest
The Elizabeth House by David Chipperfield Architecture was recently approved to go up in London near Waterloo station. Previously, the designers were having difficulty receiving permission for the project, but the court realized that it would not impact the area's heritage sights. As such, building for the design is set to start soon.

The building should bring together certain areas in that space that were previously disconnected. This is done through various offerings within the building, such as a communal area for the public, and walkways underneath the structure surrounded by some green space. The building itself looks like a combination of stacked shipping boxes with a translucent glass facade, which helps to add to the modern look of London's age-old streets. Hopefully The Elizabeth House will achieve these goals and improve this section of the capital's neighbourhood.

Graveyards as Architectural Masterpieces
Cemeteries of the Century
play_circle_filled