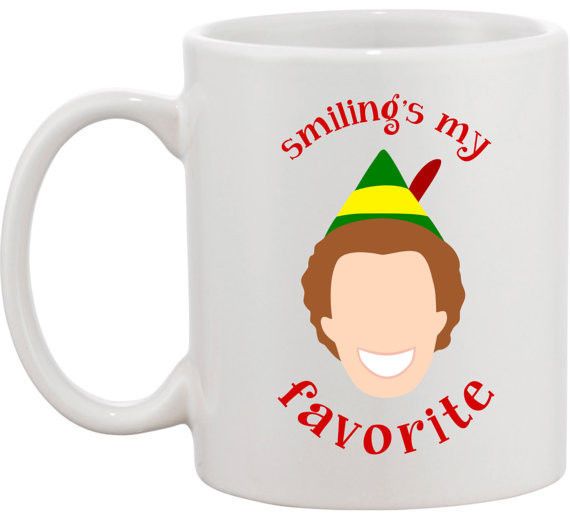 In it, Ferrell plays a human who has grown up believing he's an elf. When his size begins to disrupt the other elves in the North Pole, he's told the truth about his past and sent off to the U.S. to find his birth father. Naturally, hilarity ensues. Though Ferrell looks like a grown man, he has the emotional maturity of a seven-year-old, which is only exacerbated by the fact that it's Christmas.

If you, too, have a high dose of holiday cheer, celebrate with this cheeky mug, which reads "Smiling's My Favorite!" on it. No Scrooge's here, no sir!
1.8
Score
Popularity
Activity
Freshness
Get Better and Faster