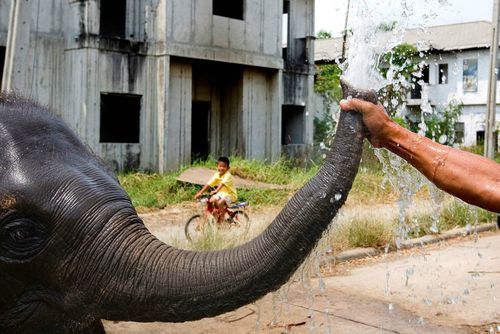 The apartments came to be a habitat for these majestic creatures after the 1997 Asian economic crisis, which saw farmers transporting elephants to Bangkok for the purposes of tourist attraction. Allowing tourists to pet and feed the animals provides the farmers with additional income following the cessation of rice planting season.

The photos are a beautiful, yet distressing; they comment on poverty and the loss of natural habitats, which have been a casualty in the poverty crisis. The elephants clearly don't belong in the urban setting that they have been displaced to, and despite its illegal status, the practice continues.
1.5
Score
Popularity
Activity
Freshness
View Innovation Webinars