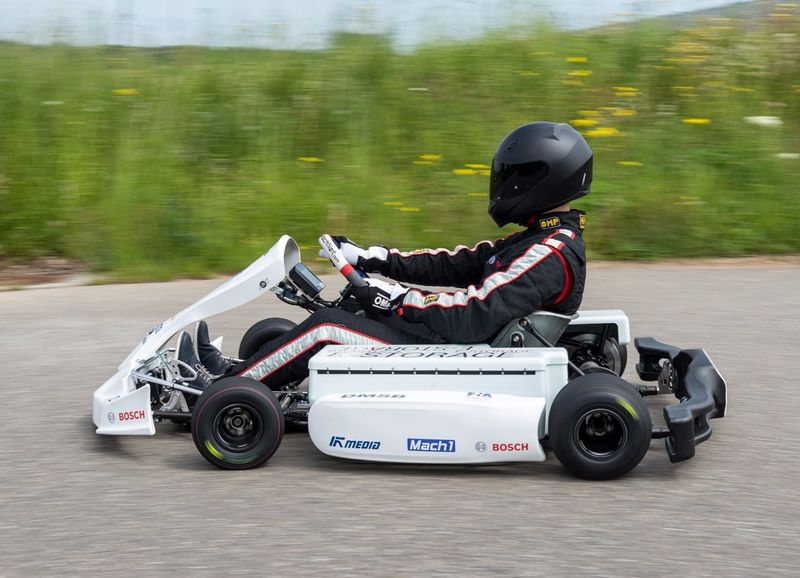 The Bosch Electric Kart is Designed for Fast Racing without Gas

Michael Hemsworth — May 26, 2016 — Autos
References: bosch-presse.de & gizmag
Share on Facebook Share on Twitter Share on LinkedIn Share on Pinterest
The racing world is dominated by gas-powered vehicles, but the Bosch electric kart shows us what could be in store in the near future. Capable of reaching speeds of up to 130km/h, the Bosch kart is currently in the prototype concept phase and is purported to be a viable alternative to gas-powered vehicles.

The complex system within the racing kart is designed to be capable of being adopted in mainstream vehicles as a way to offer power in a compact design. The road version of the system, called the Boost Recuperation System (BRS), is set to start hitting the streets next year.

Explaining the Bosch electric kart, Vice President of Bosch Motorsport, Dr. Klaus Böttcher, said, "Even during its initial run, the electric kart was able to hit 100 km/h in less than five seconds and achieve a top speed of over 130 km/h. Over the coming weeks and months we will continue testing to further explore the capabilities of the new e-kart."
3.7
Score
Popularity
Activity
Freshness
Attend Future Festival Virtual