6 Electric Cars on the Market Today

Top 25 Kitchen Ideas in May 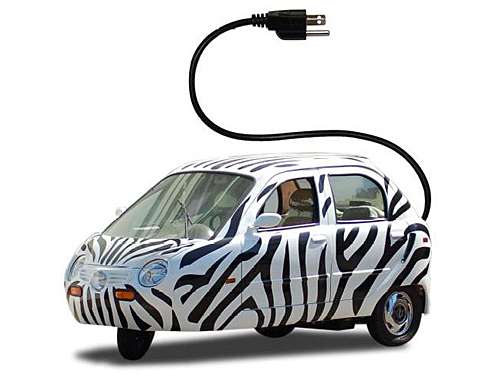 Going Like Sixty — October 29, 2007 — Autos
References: asia.cnet
While the U.S. is waiting for a car run entirely on electricity that can actually be used on the road, not just the golf course, the rest of the world has options. Other countries can choose from a number of different cars, trucks, carts, and scooters that are fully electric powered.

2. NmG (No more Gas) by Myers Motors; it's a single-person, three-wheel car.

3. ZENN (Zero Emission No Noise) by Zenn Motor Company, available in 20 US states. "Surprised you've never heard of them? That may be because the company won't start its official launch and campaign until September 9, according to a company representative. Ironically, the car from this Canadian-based, publicly traded company has not yet been approved for street-legal driving in the Canadian provinces," CNET informed.

4. Tesla Roadster by Tesla Motors is the most luxurious electric sports car on the market. (Check out our review at the bottom)

5. eBox by AC Propulsion is a converted Scion xB 5-speed, the first of which went to actor Tom Hanks.

6. Xebra is one of many Zap electric vehicles.

Check out the Trend Hunter feature on the Tesla Roadster: