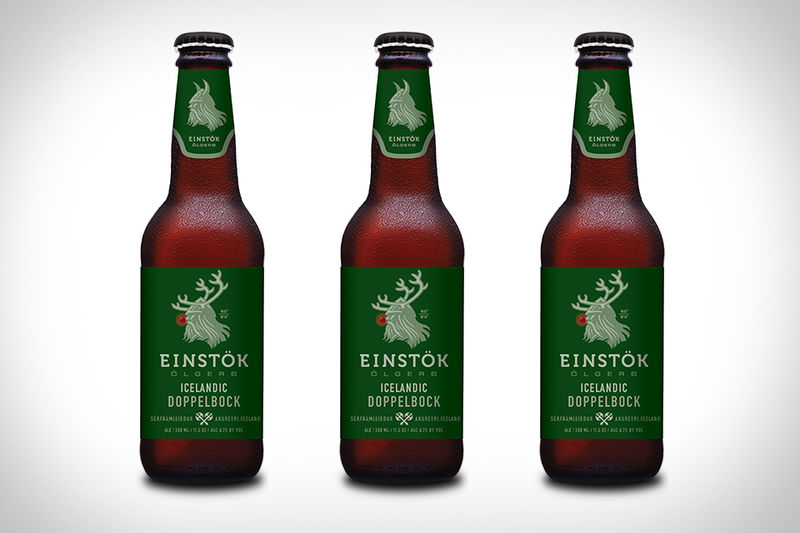 Meghan Young — December 24, 2014 — Lifestyle
References: einstokbeer & uncrate
Share on Facebook Share on Twitter Share on LinkedIn Share on Pinterest
Although the Einstok Icelandic Doppelbock only debuted this year in October, it has already won the hearts of many as well as gold in the Los Angeles International Commercial Beer competition. An impressive brew, to say the very least, it brings an even more special note to the holiday season. Crafted 60 miles south of the Arctic Circle, the Einstok Icelandic Doppelbock is a beer that even Santa Claus would want to get his hands on.

Touted as a winter celebration ale, the Einstok Icelandic Doppelbock would be great to serve at parties as well as intimate family gatherings. The brew company writes, "Malted barley and chocolate tones define the traditional style, while the robust aroma and long, mellow finish will make this the perfect companion for your holiday adventures."
1.4
Score
Popularity
Activity
Freshness
View Innovation Webinars

Dark Festive Beers
The St. Bernardus Christmas Ale is Made for the Holiday Season