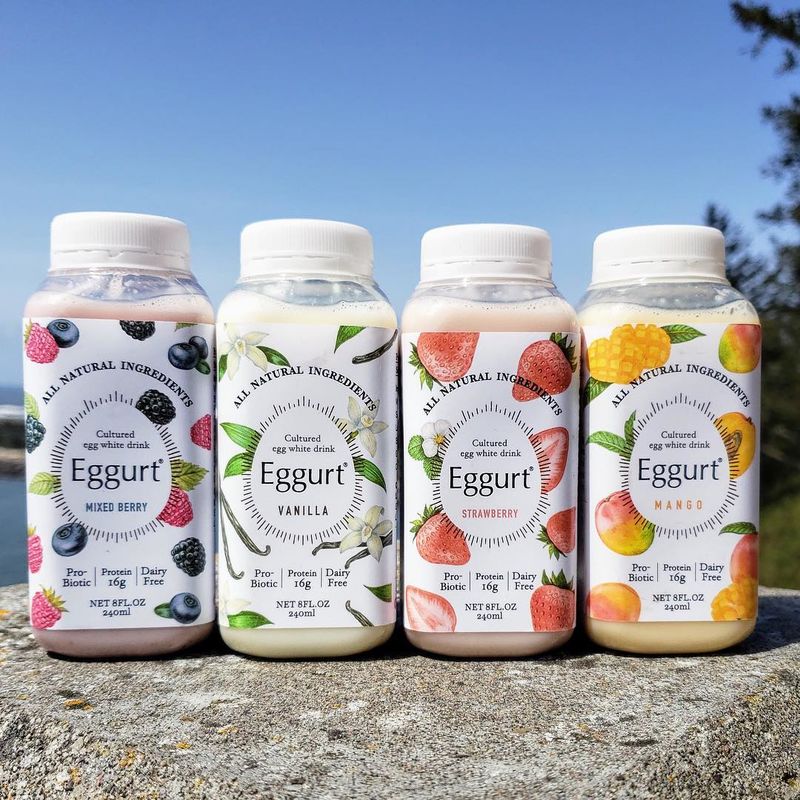 'Eggurt' is an Alternative to Drinkable Yogurt That's Free from Dairy

Laura McQuarrie — July 9, 2018 — Lifestyle
References: instagram & foodbusinessnews.net
Share on Facebook Share on Twitter Share on LinkedIn Share on Pinterest
At the Summer Fancy Food Show, 'Eggurt' emerged as a new naturally probiotic egg drink that serves as a source of protein without dairy, gluten or soy. As its name suggests, the product offers a fresh new take on drinkable yogurt beverages, as pasteurized egg whites are included.

Eggurt is offered in flavors like Vanilla, Strawberry, Mixed Berry and Mango, and was developed to fill a void in the marketplace for a protein-rich, non-dairy ready-to-drink yogurt made with eggs.

The popularization of low-fat diets over the last decade inspired people to consume just the egg whites versus the whole egg. Now, egg whites are emerging as the featured ingredient in everything from snack bars to chips, as well as inventive new creations like Eggurt.
5.9
Score
Popularity
Activity
Freshness
Access Advisory Services