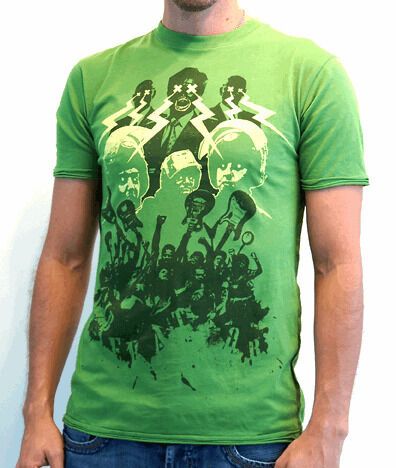 Gabriel Gastelum — March 10, 2008 — Eco
References: cooladdict & cooladdict
Share on Facebook Share on Twitter Share on LinkedIn Share on Pinterest
Edoc Laundry, a Seattle based clothing company, is all about encouraging the interactive social experience. By combining fashion and technology mediums, Edoc Laundry creates garments with codes and messages that most people can't see unless they are searched for thoroughly.

These hidden details and codes can then be taken to the Edoc Laundry website, where entering the code reveals part of an online murder mystery. With every piece of their gear being a "trapdoor into a hidden world" combined with original graphics and stand out designs, Edoc Laundry has creatively made clothes part of today's wired generation.

Many clothing giants and retailers in the fashion world are trying desperately to get consumers attention with different mediums, but "interaction" is a rare element amongst clothing options. Who knows, maybe some people will only buy Edoc's clothes to solve that certain murder mystery, but I bet that most consumers will be buying from Edoc due to their unique graphic tees that will definitely make people wonder where you bought that shirt.
5.9
Score
Popularity
Activity
Freshness
Get Trend Hunter Dashboard