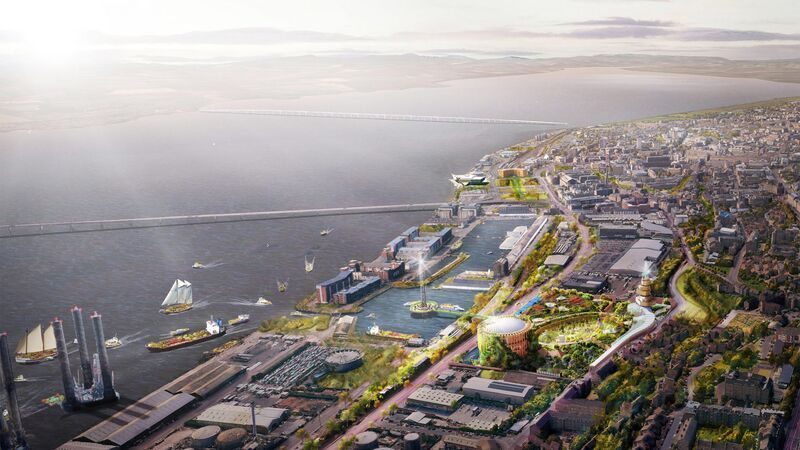 Josh Thompson-Persaud — June 2, 2021 — Eco
References: edenproject & dezeen
Share on Facebook Share on Twitter Share on LinkedIn Share on Pinterest
The Eden Project Dundee, which will replace an old industrial area in Scotland, is an eco-friendly tourist attraction that will feature a series of walled gardens. The ecological attraction will breathe life back into the former gasworks using the site's walls as structuring foundations. The Eden Project Dundee's expansive greenery will set up a stunning contrast to the site's bygone industrial purpose.

The Eden Project Dundee will be based around nine guilds, paying homage to Dundee's Nine Incorporated Trades established in the 16th century. These guilds are themed after alternate perceptions of the world and consist of Healers, Growers, Navigators, Myth-Makers, Noticers, Alchemists, Celebrators, Menders, and 'Re-Sourcerors.' The zones, each of which is associated with a guild, will showcase new plant growing methods and present narratives about mining and its alternatives. The attractions within the Eden Project Dundee are designed to deepen the connection between humanity and nature.