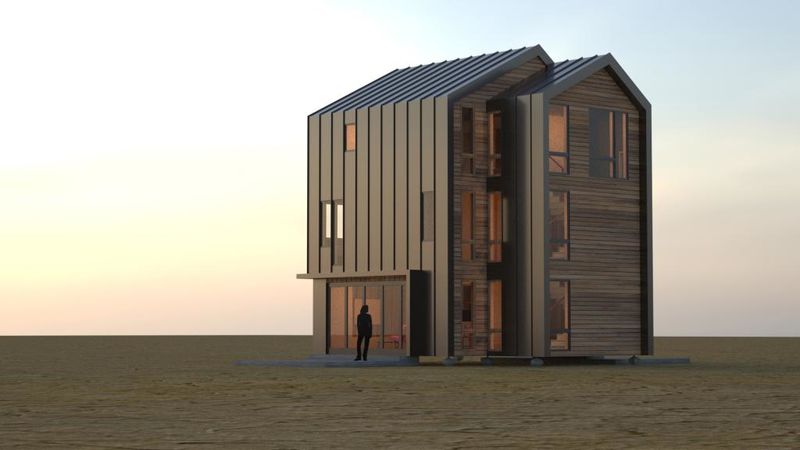 Katherinev123 — June 23, 2012 — Eco
References: coatesdesign & jetsongreen
Share on Facebook Share on Twitter Share on LinkedIn Share on Pinterest
The Eco-Pak house by James Green is an offbeat spin on traditional shipping container housing, in which the container forms the total structure of the house and the interior is renovated. Instead, the Eco-Pak house incorporates individual containers as module components to a larger structure. Each container acts as a smaller part of the house, such as the kitchen or the bedroom; bringing the whole form together is an extended skeleton with adaptable, removable frames.

The inspiration for the Eco-Pak house came to Green, an aircraft structural engineer, when he was in Turkey designing a house that couldn't have a concrete foundation. Subsequently, Green joined forces with architect Matthew Coates to create the Eco-Pak house, which is both modular and sustainable and could be used for affordable emergency housing. According to Jetson Green, the Eco-Pak prototype is set to be completed in 2013.
2.7
Score
Popularity
Activity
Freshness
View Innovation Webinars