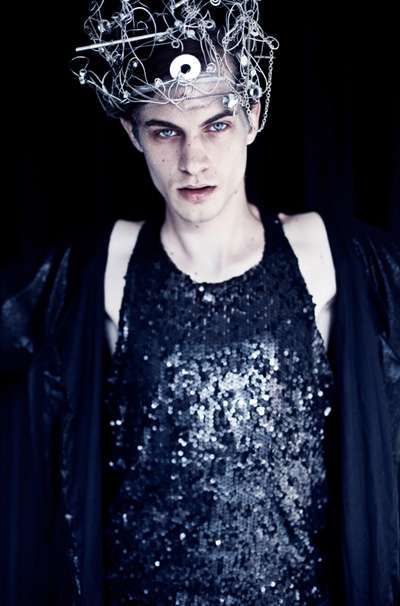 Primped by hairstylist and makeup artist Anna Szeligowska, Panda/Next model Greg Narwat is seen sporting sleek, combed back hair in one picture and tousled tresses in another. Narwat is also seen with glitter face paint smeared on a portion of his face, reminiscent of Ke$ha. To complement the flamboyance, the Star Man by Krzysztof Wyzynski also boasts androgynous looks, as viewers see Narwat in ensembles of crumpled jackets, sequined shirts, leather and knits, among others.

It is learnt that Wyzynski has a fascination for androgyny look, and this is reflected in Star Man by Krzysztof Wyzynski shoot.
5.7
Score
Popularity
Activity
Freshness
Access Advisory Services

Bow Tie Blindfolds
The WUYORK Collection is Light and Edgy