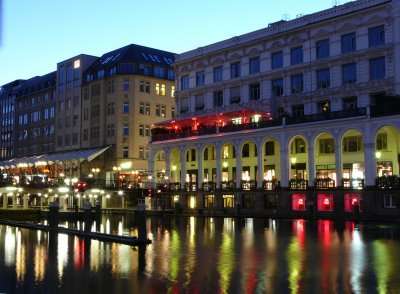 Although no cities in Germany have agreed to take public initiatives to join "Stunde der Erde", after talking to relatives in Hamburg, I know the anticipation for the 60 minutes of darkness is still high.

The Hilton Hotel chains, for example, is shutting off all the lights in the common areas of their European locations and will be serving dinners by candle light. Upon checking it, all the guests are asked to participate by agreeing to turn their lights off at 8 p.m. local time.

While I've yet to hear of any more businesses shutting down their power for the hour, there are thousands of Germans who will flip their switches at home, choosing to sit in serene candle light instead of the usual TV before bed.

The movement is strongest in Australia, then U.S. and Canada, but there are participants in Europe as well. The highest amount of participants will be Ireland and Denmark, but partner cities include: