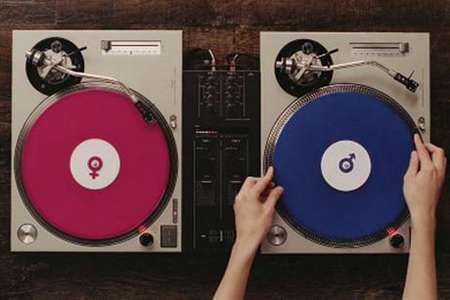 The Durex Performax Intense commercial showcases two turntables; one is pink and the other blue, representing a male and female. The records begin to turn as Marvin Gaye's 'Let's Get it On' plays on each turntable but at different speeds. However, the two records slowly begin to synchronize, which is meant to demonstrate how the Durex Performax Intense condom "speeds her up" and "slows him down." Watch the commercial here.

As for the social media component, Durex will launch a Facebook game in which partners play together to speed up or slow down well-known music tracks. For couples to continue to the next level in the game, each track must be synchronized for at least 10 seconds.
5.3
Score
Popularity
Activity
Freshness
Get Trend Hunter Dashboard