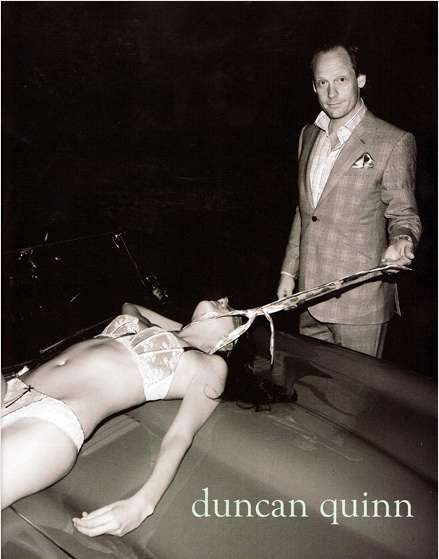 The Duncan Quinn ad shows a smug looking man smirking and standing by a car while he holds a necktie around the dead body of a woman who is bleeding from the head, and wearing a bra and panties.

While accusations of some advertisements are arguably sexist and violent, in part due to cultural differences, this one isn’t. The male actor featured in Quinn’s ad killed a woman and obviously enjoyed it; he represents a dominate male figure who is superior to women.

How, exactly, Duncan Quinn’s disgustingly violent, shocking and sexist ad showing a murdered woman on a car has anything to do with selling suits completely escapes me.

I find this advertisement so appalling that if Quinn’s suits were being given away, I wouldn’t accept them.
6.5
Score
Popularity
Activity
Freshness
View Innovation Webinars