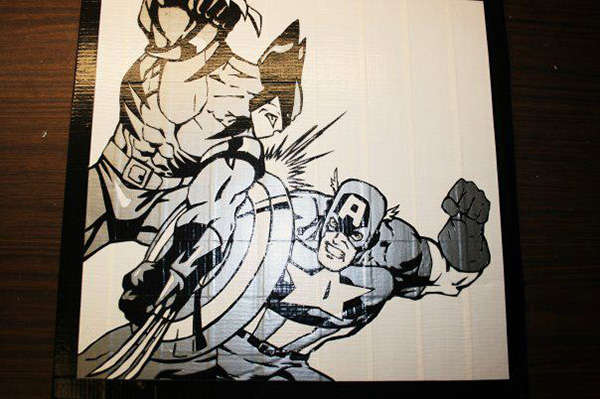 Ricottilli will first find the pictures on the Internet that he likes and if it isn't already in black and white, he'll grayscale it so he has a base to work off of. Ricottilli speaks of the process on his site: "Then I put down three layers of duct tape (black, white and gray) on some cardboard and use a xacto knife to trace the picture. Depending on the picture it takes me about 7-10 hours per piece, but I rarely do it all in one sitting." To be able to do this type of duct tape artwork, Ricottilli would not only need to have an incredibly creative mind, but also the ability to accurately visualize the process with each of the three layers.
1
Score
Popularity
Activity
Freshness
Get Better and Faster