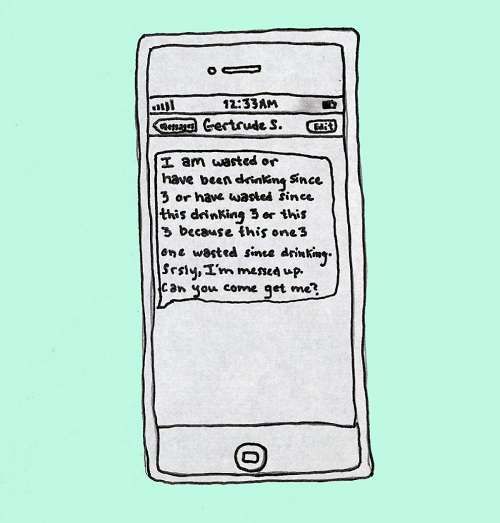 Romina S. Cortellucci — June 22, 2012 — Lifestyle
References: theparisreview.org & designtaxi
Share on Facebook Share on Twitter Share on LinkedIn Share on Pinterest
Do not worry, most people have sent an ill-advised text message while intoxicated -- why not get over it by laughing about these fabricated Drunk Texts from Famous Authors? These hilarious SMSs were imagined by artist Jessie Gaynor, capitalizing on the drunk texting phenomenon for the literary magazine The Paris Review.