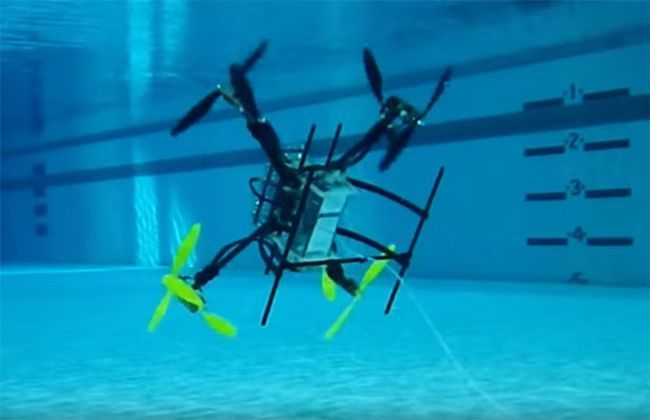 The 'Naviator' Drone Design Tackles Air and Water with Ease

Created by a group of engineering students at Rutgers University in New Jersey, the 'Naviator' drone design is the world's first capable of going from the air, to water without skipping a beat.

The ambitious amphibious 'Naviator' was the brainchild of Javier Diez who is a professor in the Department of Mechanical and Aerospace Engineering at Rutgers. Explaining the functionality of the 'Naviator' drone design and why the project has received a whopping $618,000 in funding, Diez details that, "Mines are probably the biggest problem for the Navy. They need to map where mines are. Now there are a lot of false positives. This could be a better technology to rapidly investigate these potential threats. And in naval warfare, a fleet of drones could be stationed out of sight in an underwater base or on a submarine."
4.3
Score
Popularity
Activity
Freshness
View Innovation Webinars