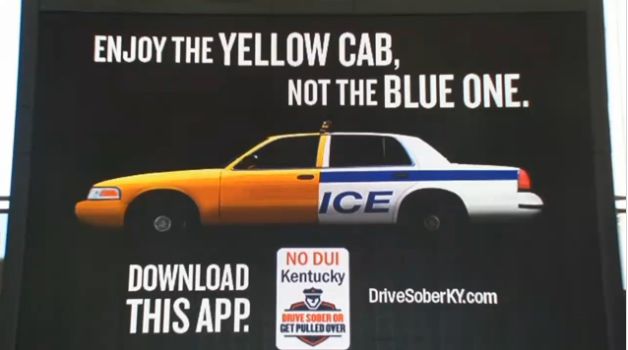 Katherine Pendrill — December 18, 2015 — Marketing
References: brown-forman & wdrb
Share on Facebook Share on Twitter Share on LinkedIn Share on Pinterest
Brown-Forman's Drive Sober campaign aims to reduce instances of drunk driving and ultimately save lives. With so many holiday parties going on this time of year, instances of drunk and drugged driving are noticeably more frequent. This initiative aims to combat the problem by helping Kentucky residents get to their destination safely during the holiday season.

The 'Drive Sober or Get Pulled Over' campaign is part of a partnership between Brown-Forman and several ride providers in Kentucky. By working with companies such as CityScoop, Yellow Cab, Taxi 7 and Uber, Brown-Forman will provide Kentucky residents with $10,000 worth of safe rides. The campaign will run from December 17th until January 3rd, which means residents will be able to use the discounts for the whole holiday season. As Brown-Forman's Vice President and Director of Corporate Communications Phil Lynch explains, "both of the long holiday weekends will be covered so there's no excuse to drive impaired."

The Drive Sober campaign ultimately provides a simple and effective way to keep impaired drivers off of the road during the holiday season.
2
Score
Popularity
Activity
Freshness
Attend Future Festival